This Website uses Cookies
We use required cookies on our website. This is information that enables essential technical functions, such as filling out forms or language settings. These cookies are necessary to display the site and to use it correctly. With the confirmation you agree to this process. Click on "Save" to accept the cookies. For the setting of further cookies, e.g. B. for social media, you consent separately. 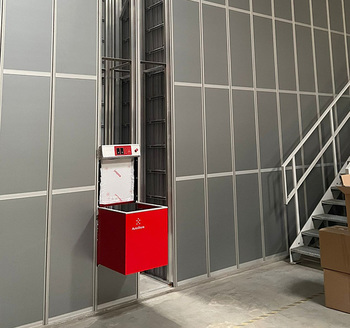 New headquarters - new warehousing system, and now our storage capacity is being doubled. Work has begun on the expansion of our AutoStore.

Who would have thought it!  First the 2019 move to the new HQ in Mannheim, where the storage spaces filled up much faster than we had expected, followed a year later by the fully automated AutoStore warehouse system.  And before you know it only two years later comes the first expansion and AutoStore is almost doubled in size.

The set-up is very quick, because a dust protection wall only has to be removed and then the aluminium grids can be attached.  It's actually only a little more complex than putting together a handful of Lego bricks.  Simple, lightweight but sturdy, so it will only take a few weeks before the system is fully assembled.  Each grid is equipped with rails that run in every direction, allowing the robots to reach every cell within the grid.

There are seven robots operating in our AutoStore 1.  They currently serve 9,000 bins.  In the expansion another five robots will be added, and a further 9,000 bins will double the capacity.